Our last chance to experience the Aurora Borealis was in Sinettä and Rovaniemi. In Sinettä just a few kilometres from the Arctic Circle, we had the wonderful experience of sleeping under the stars. Well, potentially under the stars. As we lay in our glass igloo and inspected our Aurora app, the forecast suggested a good sighting and significant solar activity – but the sky was cloudy, not a star to be seen! And no Aurora either.

Undeterred, six of us set off with the bubbly local, Bea in her mini bus to experience bread making in a typical Finnish home. She took us to the summer house or huvimaja of Verttu, a mature Finnish lady who was going to show us how to make rieska or barley bread in her special oven. Verttu spoke no English but she was happy for us to be shown around her home, decorated with crocheted handcrafts and artworks painted by her friend. 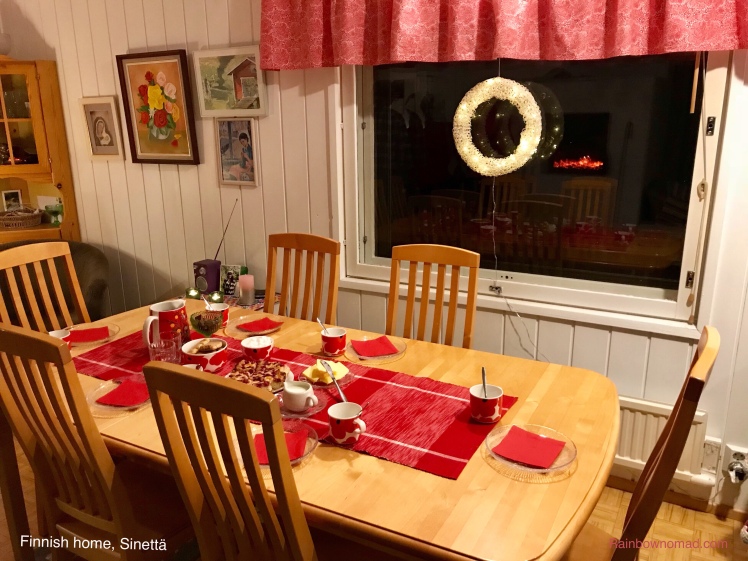 A table was set for afternoon coffee in red and white and in the nearby kitchen, dough was ready for us to knead. The oven standing in the centre of the room, a white brick construction with a flue, was hot with birch logs – just like a pizza oven. The wooden paddles to place the flat bread were standing nearby and the rake to settle the fire. 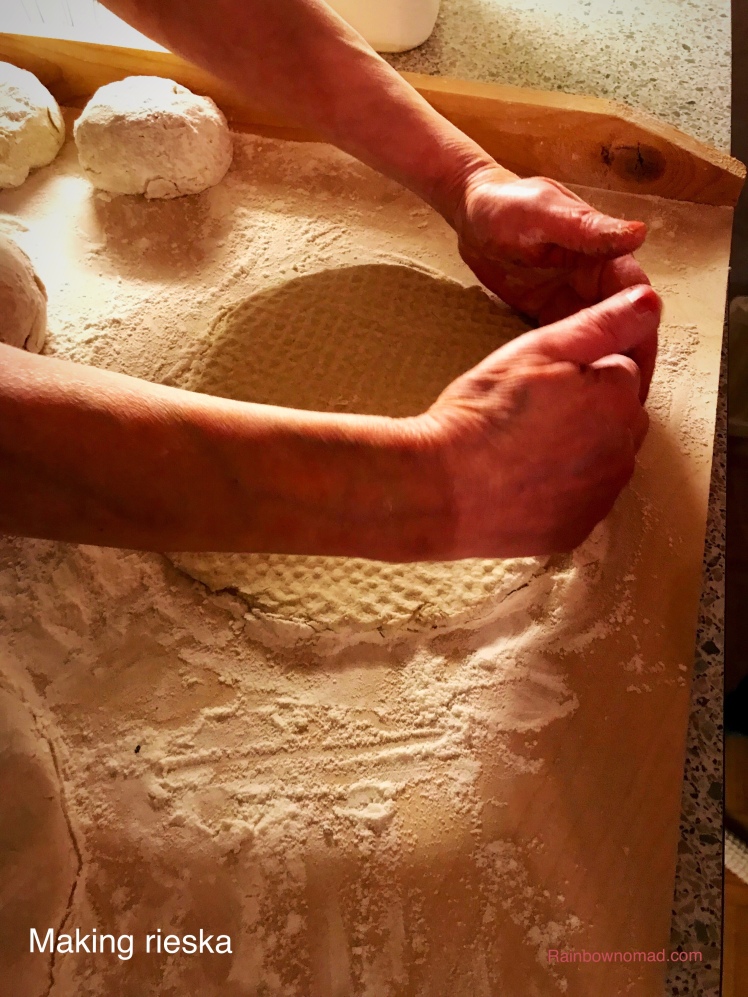 After a demonstration, we took it in turns to knead, roll and prick the dough, as Verttu shovelled it into the oven. The hot bread was immediately served at the table smeared with butter and berry jam. It was heavy but quite delicious, served with coffee or berry juice. We felt very privileged to learn about Verttu’s family and life in rural Finland. As a retiree, she and her husband like to go berry picking at the end of the summer and process them for all the extended family.

We went to sleep that night watching the night through a glass ceiling. The igloos are temperature controlled and like a giant tent, we were asked not to touch the glass for fear of upsetting the thermal protection.

Our morning activity was berry picking. The energetic Bea collected four of us for a ride into the swamps or nearby fens. She arrived with woollen socks and boots. Off we went into the wilderness. The fens or peat bogs are an important ecological feature of Lapland. Bea warned us not to step in any water because the depth of the fen is up to 10 metres!

Soon we got the hang of walking over the frozen mounds of mosses and lichens. Bea gave us each a kuksa, a small wooden cup made from a birch tree burl. When we collect enough she had buckets to transfer the berries. At this time of the year, most of the berries are finished but she pointed out cloudberry leaves – the prized berry, crow berry, bear berry, lingonberry and juniper berry. 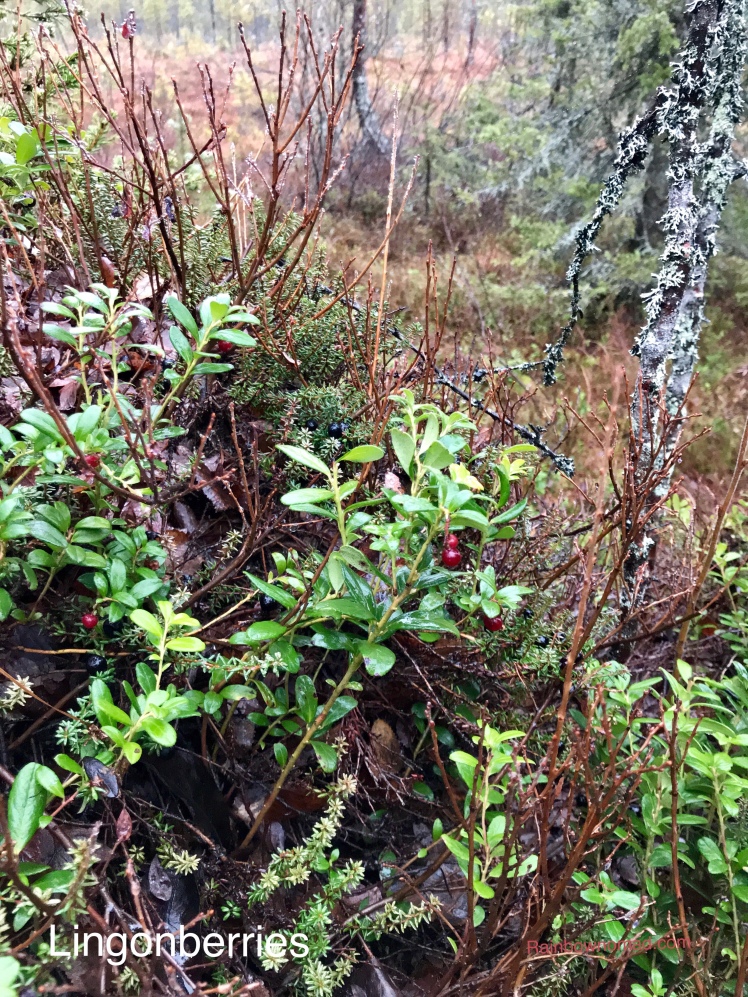 There were still cranberries and pretty soon we were collecting them with frozen fingers and trying them too! After about an hour, we adjourned with our collection for hot berry tea and cranberries mixed with hot caramel sauce. Yum!

One thought on “Glass igloos, bread making and berry picking in Sinettä”